On December 18, security companies reported a serious global Brute Force attack that specifically targeted WordPress websites. This was one of the biggest attacks to date with a peak of more than 14 million Brute Force attacks per minute. It attempts to gain access to WordPress websites with large amounts of user / password combination with brute force. It soon became clear that only a botnet was the cause of this and research showed that they try to gain access to WordPress website and then use it for cryptomining. This means that the server capacity is used against the will of the owner to calculate bitcoins.

Fortunately, security companies have been able to quickly block the IP addresses in question, and the quick response has apparently prevented damage. At least, with the connected customers, because unprotected websites still run risks. These types of attacks are fairly easy to beat with simple actions that have already been taken on all websites of Werkend Webdesign. But the types of attacks are getting heavier and more complicated because websites and servers are a good source for hackers to carry out their activities. More and more we are that hackers try to use cryptomining or ransomware, in contrast to the earlier spamware attacks. These new types of attacks are much more destructive and dangerous for the website owners.

The standard security actions (brute force protection, no admin as user name, etc.) are unfortunately less and less effective. Several websites have already purchased the Security Package, but given the rising trend in attacks, it is recommended to order this package if you do not already have one. Click below to order it!

This site uses Akismet to reduce spam. Learn how your comment data is processed.

We can be found on Sociale Media 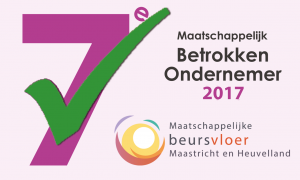